A bead of sweat forms on your brow. Your breath quickens. You’ve been playing solid poker for hours. You have a good hand and have been raising while others just called. Suddenly, the chip leader sitting to your right raises all in. You think you have them beat, but are you willing to risk it all to see if you are right?
I don’t know about you, but my heart rate goes up just imagining this situation. I can feel the tension and am intensely focused on what will happen next. These feelings are some of the most important for making your games engaging and memorable. [note] Anyone who plays poker seriously will be happy to regale you with “bad beat” stories of big wins and losses. [/note]
This feeling, is excitement:

This is how you want your players to feel

There are two powerful tools you can add to your game to increase excitement- if you use them correctly. Those tools are Randomness and Big Moments.

The simplest way to add excitement and uncertainty is to introduce randomness into a game. Randomness is any uncertain occurrence in a game that is not fully under player control. A shuffled deck, rolled die, and a critical hit chance are all tried and true tools to create space for dramatic outcomes and exciting results. Randomness can also greatly increase the novelty of play available in your game as the number of unique situations a player encounters increases. Here are some considerations when adding randomness to your game:

When introducing randomness, it is important to be conscious of the trade-off with perception of skill. Games can be anywhere on the spectrum from pure skill (e.g. chess, go) to pure randomness (e.g. chutes and ladders, left center right). In most games, it will be important to keep at least the perception of player skill relatively high, even if there is a lot of randomness in outcome.
In order to keep perception of player skill high, give players meaningful choices that give them a feeling of control over the randomness. Classically, you should allow players to opt for a choice between a safer play with lower upside, or a riskier play with higher rewards. Players opting into a risk (e.g. choosing to stay in a poker hand on the hope of drawing a needed card rather than fold), will feel more in control of the outcome.

When giving out rewards (e.g. loot drops on a monster) a classic psychological tool is to use a random reinforcement mechanism that rewards often early in the game, but with more spaced out higher level rewards as the game progresses. This type of variance reinforces the addictiveness of your game. Tools like this used responsibly can make your games far more compelling over the long term.  Never knowing exactly when a desired reward will arrive makes the reward more exciting than a predictable outcome.  I won’t get deep into the moral discussion of addictive systems here, but suffice to say if the only compelling thing about your game is an addictive reward system, you probably aren’t on the right track.

Size of the Swings

Make sure that the impact of randomness is proportionate to its probability. If every turn, the player’s positions are completely reset due to randomness, players will quickly feel little to no agency in the game and lose interest. Past progress (whether earned via skill or randomness) must be respected as a game draws to its conclusion. The possibility of huge swings (e.g. a player in last place moving to first place on the last turn of a game) is a great feature in a game, but only if it occurs rarely. This ties into the next major tool to generate excitement:

Every game tells a story. In the best games, as in the best stories, there is a feeling of rising tension until a climax, where there is a culmination of a series of events in an uncertain and exciting outcome. Creating a system to engineer these “Big Moments” is a fundamental skill of good game design.

“The Bomb” is a phrase describing a game mechanic or event that disproportionately affects the outcome of the game. The key features of a bomb are:
1. A single decision will have a hugely disproportionate impact on the outcome of a game
2. Players are not certain exactly which decision will have this impact.
Classic “Bomb” mechanics are “winner take all” majority control systems, character death in video games, randomly appearing enemies, and time limited power ups. Hidden information of some kind (e.g. opponent cards in hand, uncertain end game timing, an unknown enemy around the next corner etc.) is critical to setting up a proper “Bomb” and keeping tension in the game high.

One of the most important and unique traits of games as an experience is their interaction with player choice. Some of the most exciting moments in games come from when a player must make a difficult decision that will have significant and long-term ramifications on how the game will play out.
The choice is agonizing because its outcome is uncertain. The player feels the pain of making the decision which sets up the joy of victory or agony of defeat which will follow. Sometimes, these are split-second decisions as when deciding to run from an enemy or stay and fight when health is low. Sometimes, these are carefully thought out moves as in a chess match.
In order for a choice to be agonizing, the outcome must be unclear. This can be accomplished by adding

We play games in part to immerse ourselves in challenges that have emotional impact without serious real world consequences. The agonizing choice is paradoxically painful and joyful, but lies at the core of what makes games engaging. 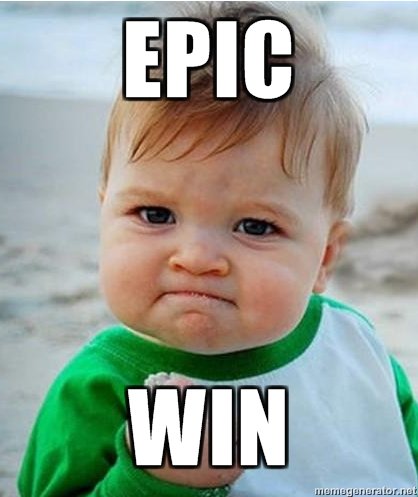 The excitement and uncertainty of game play keeps us engaged and helps us to reach that state of “flow” where we are pushed at the edge of our ability and live fully in the present moment. This is a joyous experience and one of the best gifts that games as an art form can provide. Play around with the above tools and see if you can spice up your own designs.