Keith Baker is a renowned game designer and storyteller. He was the creator of the D&D setting Ebberon and Gloom. He has traveled the world creating and running Story based games. If you’re into role-playing games like D&D or any other story-driven games there’s a lot to learn here.

Check out the episode here and show notes below: 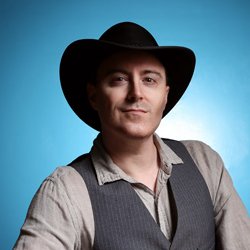 We discuss Keith’s history, living, and breathing, story-based games. His career began in MMO development. We then get into some of the challenges of personalizing a massive world and the freedom that a tabletop RPG offers you in contrast.

Keith digs into the development of the Ebberon world from a one-page idea to the beloved campaign setting that we know today. He talks about the big lessons that helped him flesh out the giant worlds that make up most settings. For example, remember that you’re making a game, people have to understand what’s going on and be able to tell stories within your world, which likely means doing a lot of cutting.

“When you’re working with an intellectual property, you have to think about the audience and the experience they expect.” (26:55)

Another big lesson Keith and I explore is how to create games within an intellectual property using Star Wars and Knights of the Old Republic as an example of a great game within a larger universe. The key here is finding the core notes that make up a world, and use them to create a novel story but hit the experience that a fan expects. He goes on to explain how Ebberon was refined to fit the D&D experience while delivering a novel world to play in. He asks a question to stick to when you’re working within a world: “Do you have a core idea that is compelling and interesting that you can sum up quickly? Does it have touchstones for people to latch onto?”

“What we’re trying to get is that moment in Lord of the Rings where Gandalf faces the Balrog. It’s this amazing dramatic scene. It’s gripping, and he ends up being pulled down, and we were like: That doesn’t happen in D&D. Once we decided that’s what we were aiming for, we then built the game around that concept.” (39:00)

Phoenix Dawn Command is a deckbuilding role-playing game Keith goes into detail about. It includes many clever uses of mechanics that support a core concept, heroes sacrificing themselves for a cause that’s bigger than them. This is a wonderful section where Keith sheds light on all the ways that a game’s core story concept can be enhanced with a great set of mechanics.

“First, find things you love. So that you understand them and feel passionate about them.” (1:10:00)

Toward the end of the podcast, we talk about how to evolve a game from a story, something Keith is a master at. He reiterates a theme that’s run through this episode: think about the experience people who love the story you’re working with expect and want. We continue into a few tips for people who want to get into the role-playing game world professionally.